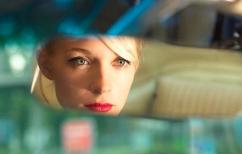 I asked how she would describe her boyfriend as a person. She said he was very intelligent, kind and thoughtful – but also a little introverted and reserved. I then explained that people like her boyfriend were often uncomfortable either in providing or receiving lots of expression of emotion. If they received what they felt was too much they would feel psychologically “smothered” – even though that was not her intention. Over time, this could build up to a degree of discomfort that might drive him away. But there was a way to avoid this happening.

I explained that people with her type of personality – warm, spontaneous, expressive – when expressing affection usually did it for two reasons: firstly, because they quite naturally enjoyed expressing their feelings of love – but also sometimes because they hoped or expected that it would evoke a similar expression from their loved one, providing reassurance that they were loved. And often just underneath the need for reassurance were feelings of self doubt such as: “am I really a person that someone could love permanently?” I asked Sally if she could recognise these feelings of needing reassurance and self doubt during her many expressions of affection to her boyfriend. She had to ponder this for a while because she had never thought of it that way. But in the end she acknowledged that she could – and that this made her feel very emotionally dependent, which she didn’t like.

This insight was a revelation to Sally. She recognised that there was a compulsiveness about her constant need to give and receive affection that was driven by her own self doubt. So over the next several months, in our coaching sessions, Sally focussed on overcoming her doubts about herself. It took some time but she eventually succeeded in this.

I saw Sally six months later and she was glowing and said that it had worked out really well with her boyfriend. When she stopped smothering him, he stopped withdrawing and he actually became more affectionate. But most importantly, she was feeling stronger and more independent.

Sally’s experience highlights a simple but important truth: when we drive people we love away, it’s usually because of something we feel is lacking or wrong within ourself – whether or not we are conscious of this feeling.

Have you or someone you know driven away people you or they loved? How did that happen?