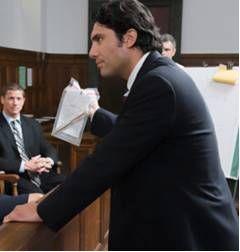 As a result of all of this Mike managed to alienate virtually everyone he came into contact with. Thus, after just nine months as managing partner, without warning, a leadership challenge occurred at a monthly partners meeting. Mike was unanimously voted out as managing partner and a new partner voted into office. The affect on Mike was devastating. He tried to go back to litigation work but it no longer interested him – and a few months later he retired.

Shortly after he retired Mike came to me for coaching to assist him in overcoming his compulsive need to be so intellectually dominant. During these sessions it became clear how this pattern emerged: in school he was not good at sports and he lacked the social skills necessary to form good relationships – and thus he “felt like a nobody” (his words). But in the last two years of high school he joined the debating club and he turned out to be an extremely good debater. He thrived in this intellectually competitive environment and this became his only way of feeling self esteem.

Having lost so much, Mike’s desire to change was very great and he made rapid progress over the six months of coaching. Through meditation and other exercises he learned to experience a kind of internal self esteem that did not depend on external accomplishments – and the need to be intellectually dominant gradually melted away. About a year after our coaching sessions ended Mike contacted me and told me he had started a new career – he had become a mediator for legal disputes. Through this he was able to use his legal knowledge and brilliant intellect to find win/win solutions rather than the win/lose outcomes from his earlier litigation career!

Have you encountered people who use their intellect as a weapon? What was the result?