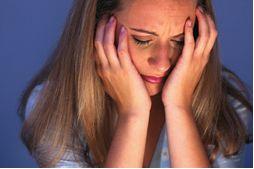 Shortly after that realisation, Sharon did something she would never previously have dreamed of doing. She hired a babysitter for a weekend and spent the entire weekend away from her home, by herself, thinking about how she was going to change her life. Over the weekend she made a firm decision to give much more weight to her own needs and desires and not always put everyone else’s first – which required learning to say “no”. This, of course meant undertaking some major rearrangements at work and at home. She then hired a coach to help her make some detailed plans for cutting back her working hours at the hospital, and reducing what she needed to do at home.

When she announced her decision about working hours to her boss at the hospital, he was initially resistant. But she told him that either he needed to accept her decision or she would find a new position – and not wanting to lose her, he agreed. At home, she hired a nanny who could do both routine cleaning and cook dinner in addition to looking after the kids when Sharon was working. (Her former nanny only did childminding). She also announced to her kids that she would no longer be the only parent who drove her kids and their friends around on weekends – she would now share this job with other parents.

Because her instincts for accommodating others were so strong, Sharon said all this was initially very hard for her – especially taking the stand with her boss and telling others kids’ parents she would no longer be the exclusive driver. But in the end, the whole experience was one of self renewal for Sharon, and it improved her sense of self worth and self esteem. Her life changing decisions also gave her more energy and more quality time with her kids and friends. It actually worked out better for everyone, not just Sharon.

This is Sharon’s story – but do you or your partner or friends continue doing things you know will not make you happy? Or if you have changed that, how have you achieved this change?