QUIET, INTROVERTED PEOPLE – ARE THEY HIDING A SOUL FULL OF GEMS?

Up until I was about 30 years old, I had felt uncomfortable around shy, introverted or withdrawn people and usually avoided contact with them. Consciously, I think I avoided them because I assumed they probably had little to offer and it would not be worth the effort of engaging with them. Subconsciously, I think I avoided them because they reminded me that when I was younger I had inwardly felt very shy and also assumed I had little to offer – even though my behaviour was outgoing and disguised these internal feelings.

This way of seeing shy or quiet, introverted people changed quite 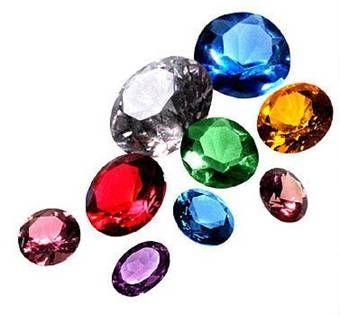 suddenly and dramatically when I met a man named Jim at a social function. The function’s host, who saw Jim standing alone staring at the floor with a drink in his hand, introduced me to him hoping I would draw him out. As I had expected, I found the attempt to initiate conversation with Jim very difficult. After struggling with this for about ten minutes, I suddenly remembered that the host had said something about Jim having an interest in philosophy. Since my graduate and undergraduate studies had been in philosophy, I thought this subject might provide an opening and I began to describe a book I was reading on existential philosophy.

I had only been speaking for a few minutes, when during a brief pause, Jim suddenly began to speak. He in fact launched into a brilliant – although quiet and halting – monologue about existential philosophy. The suddenness of his response and the depth and clarity of his thinking left me absolutely astonished. For the next hour he did almost all of the talking, speaking about other subjects with the same depth, clarity and brilliance. As the function ended, I told Jim I had really enjoyed the conversation and said I would like to continue it later.

We agreed to meet on the weekend at his flat. Upon entering his flat, I was astonished (and delighted) for the second time. The walls of Jim’s flat were completely lined with books and music. While Jim went to make us some tea I wandered along the walls looking at the books on philosophy, literature, poetry, history, crime fiction, humour – and also at his huge collection of classical music, jazz, blues and a lot of good quality popular music (Jim was not a musical snob).

We spent a thoroughly stimulating and enjoyable afternoon talking about a huge range of subjects and listening to music. I could see that this man, who publicly seemed so lacking in emotion, was deeply moved when listening to music. I also noticed that as he grew more comfortable with me, his speaking became less halting and more fluent, and everything he said displayed insight, intelligence and wisdom! I remember reflecting later that evening that from his outward appearance, no one would even begin to suspect the rich internal intellectual and emotional life he possessed (a soul full of gems).

Our afternoon together began a friendship that lasted many years. In the beginning we always met alone with just the two of us. But after a while he gradually let me bring in some other people – and he eventually became friends with several of them. Through these experiences Jim’s social self confidence grew and he gradually became more comfortable expressing himself in groups. And for myself, I always cherished what I learned from him about what outward appearances can hide.

Do you know someone like Jim? And have you or others taken the time to draw them out? If so, did you find a “soul full of gems”?