WHAT HAPPENS WHEN GOALS BECOME MORE IMPORTANT THAN PEOPLE?

John is an acquaintance of mine, an executive who had recently been promoted to manage a division in a large corporation. When first promoted about one year before the events described here, John had many excellent managerial skills. He was very goal focussed, results orientated and had a very carefully 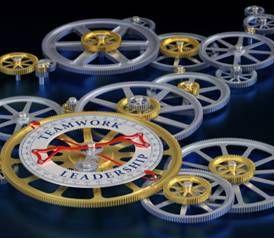 structured, systematic way of getting things done. John was very self disciplined, self reliant and he always held himself accountable for achieving the goals the company set for his division. He made his division very successful.

In spite of these excellent managerial skills and the division’s successes, morale in his division was very low – especially among managers and staff who worked directly with him. John said he was not aware of this. But about a year after his promotion, his personal assistant, whom he respected, told him how people felt. She said that while he never lost his temper or treated people badly, he seemed to both perceive and treat people in a very impersonal way. Someone had put it this way: “John acts as if his division’s people were like cogs in a machine, whose only purpose was to make the machine more efficient”. She then gave him a book on leadership and said he should read it.

John was quite shocked by all this and he spent his next weekend reading the book and thinking about his behaviour at work. The really important insight came on that weekend when John suddenly realised that he perceived people at work as if they were only a means to an end. He realised in that moment, that while his behaviour towards others did need to change in many ways, the key to this behavioural change was truly accepting and actually experiencing that people were “ends in themselves” – not just a means to an end! He realised that he had a personal basis for that experience in his own life, for unlike at work, he perceived and treated his wife and children as ends in themselves. He cared deeply about them personally.

While John went through a change of heart within himself over the weekend, learning new behaviours at work took several months. He decided to begin by making simple enquiries concerning how people felt about things at work, enquiring (when appropriate) about their families, personal interests, hobbies or sports they were involved in, etc. This meant always taking a little time (not a lot), in each workplace conversation, which was more personal and was not focussed on a goal or task. John said that at first he felt distinctly uncomfortable doing this. At first he could also see that others showed, by their body language, that they had some doubts about his sincerity.

However he eventually became comfortable with this new behaviour – and John found that gradually he became genuinely, personally interested in the people themselves, not just the business roles they played. Over the next year John also enrolled in courses to help him further develop his people skills. This included communication and listening skills, emotional intelligence, giving performance feedback, etc – and finally taking a leadership course a colleague and I were leading.

A staff survey undertaken six months after John began this transition showed that morale in his division had risen significantly – and so had productivity. This should not be surprising, since every study linking morale and productivity shows that rising morale always improves productivity.

Have you run into a manger like John was before his change? How did that affect you and others?