How a Superb Technician Became a Leader

Geoff was an accountant who was highly intelligent, had a good 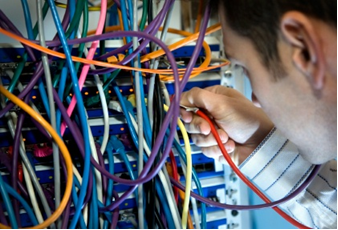 analytical mind and excellent accounting skills. Geoff had two outstanding qualities; firstly, his commitment to accuracy, attention to detail and thoroughness in every accounting task he did was absolute. Secondly, he had a superb capacity to bring intellectual order out of chaos and complexity. He was often given the task of straightening out the accounts of firms or government offices that were a maze of complexity and disorder – and very quickly he had them organised in a logical, systematic and comprehensible way.

These qualities made him an excellent and very successful accountant. This led him to being made partner by age 30 and he was then promoted to lead a practice group within his accounting firm. However, as a personality Geoff tended to be very introverted and lived inside his head. He had rarely interacted with people, had no people skills – and when he did interact with others his intense focus on detail and thoroughness often made him seen fussy and nit picking. Thus, while he was a superb accountant, he was very poorly equipped to lead a practice group.

Because of this, Geoff was sent to me for leadership coaching by his firm’s managing partner. Geoff began by telling me about his shyness and introversion and how difficult it was for him to lead others. After I listened to Geoff describe this problem, I began by asking Geoff the really key question: Did he actually want to become a leader – or would he really prefer to turn down the leadership position and remain an excellent accountant? This question startled him and after a minute or two of thinking about it he said he didn’t know, but he would be willing to give it a try!

Based on this decision, we then worked on strategies for helping Geoff develop as a leader that required two approaches: one that he could begin at work immediately, the other that he would pursue outside of work. The outside of work strategies involved taking formal courses in personal development and communication skills that would help him overcome his shyness and connect more easily with people. Geoff was initially very uncomfortable doing this, but within about six months he found himself making good progress and was beginning to actually enjoy himself.

At work the strategy was to shift his role from “monitoring and correcting” the work of his practice group to becoming a mentor to them. Geoff had two qualities that could help him play this mentoring role effectively. Firstly, he had superb accounting skills and vast experience to draw upon in mentoring his people; secondly, he cared so much about the quality of work put out by his practice group that he possessed a natural motivation to help his people learn to perform really well. It was just a question of Geoff learning to use their mistakes or lack of knowledge as an opportunity to teach them – rather than his current practice of being fussy and critical.

I trained Geoff in a technique for identifying and anticipating when he was about to go into “critical and fussy” mode – and then how to relax and to shift his internal mental state (and thus his behaviour) into “teaching and mentoring” mode. He agreed to begin this at work immediately and over the next six months he made such rapid progress that morale rose quite rapidly in his practice group. During that six months word about this got around – and the managing partner contacted me and said that their HR department had begun getting requests by other staff to join Geoff’s practice group. Given his initial limitations Geoff made a truly remarkable transition into a fine leader.

Have you or anyone you know made the transition from technician to leader? Was this difficult? How was this achieved?